What kind of information is in this record?

I am looking at civil records (BMD) from the late 18th-early 19th century from Morschheim the Pfalz region of (then) Bavaria, and I see several instances of images like this (top part shown): 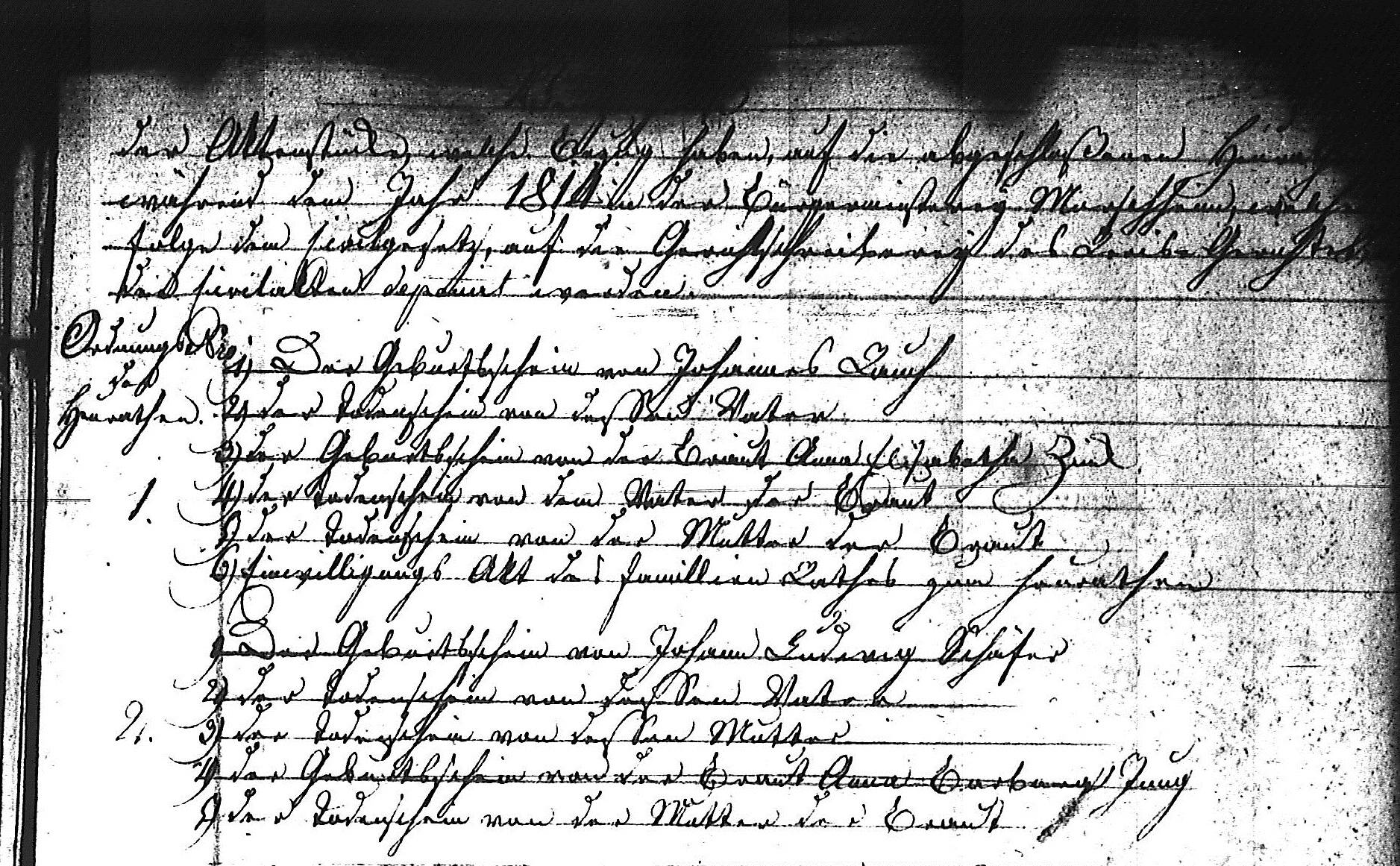 It appears that this is a list of names of some sort,but I cannot figure it out. There are several more numbered sections of groups of what appear to be names. Can someone tell me what sort of list this is?

According to the film description at FamilySearch, these are "Eheverkündigungen, Heiratsbelege 1808-1816" (marriage proclamations, supporting documents for marriage).

The image, with a 1811 date, starts with a general statement (no names) and includes a list of documents which contain the names of the parties for 2 marriages:

If a transcription of the German text is wanted, let me know.

Just a guess (Old German is tough), but it looks like a marriage contract (prenuptial agreement). They were quite common back then. The father of the bride would put up a dowry, then the contract spelled out how each future child would be named and what they would inherit based on birth order and sex.

Or it could be a laundry list. I can only make out every fourth word. Giving us some of the names involved would help decipher the handwriting better.

Not the answer you're looking for? Browse other questions tagged germany vital-records bavaria or ask your own question.

12
How do I distinguish a handwritten long "s"(ſ) and a lowercase "f"?

6
When did Abraham Decker (b. 1839) die?
7
What was the nature of record keeping for land ownership in the Pfalz prior to the introduction of the cadastre/Kataster system?
6
How to find information about a Dachau Internee?
3
Is there a place I can search specifically by birth date for a list of people born on that date?
5
Whether to trust (and what to record) from handwritten record of birth with one date and type written page with two dates?
5
What information is contained in Isle of Man birth, marriage, and death certificates?
11
How can I distinguish between name changes and missing records?
3
What information would be on a 1915 Arkansas death certificate?
4
Was Daniel Rich (Jr.?) the grandson of Jacob Rich? Or, the confusing case of Daniel Rich (Sr.?) and Nancy Marshall