Determining cause of death in France in 1908?

I am trying to find the cause of death for a Thomas Gordon Dickinson who died in Boulogne-sur-Mer in 1908. I have his French death certificate, but it does not state the cause of death, neither do the notices of his death in the local newspapers. I'd be grateful for any help with this.

As I alluded to in an earlier comment to the question, sometimes missing information is itself information.

What were the practices of the day?

I am reminded of something @TamuraJones once said along the lines of, "Mistakes/errors/omission aren't all bad; often provide helpful clues or stimulate curiosity."

Specific to your case, I'm wondering if you too have thought about curious anomalies that might further some rationale questioning where he actually died (vs where he had residence or even temporary residence at the time of his death).

See the RootsChat dialog about this same death by RootsChat user user Geoff of Brighton (only perhaps our Geoff) posts earlier this year ["Re: Cause of death in France"]; providing that

Thomas Gordon Dickinson, age 46, and died after a long illness (I have been informed) on 23 Oct. 1908. His Probate states that he died in the Hotel de Paris (no longer in existance, as far as I can see), whilst his French Death Certificate states that de died at No. 13, rue de Boston, which according to Google street view is a terraced house. 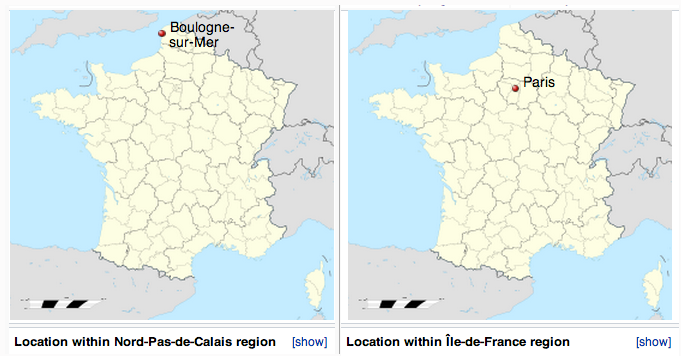 Update: Below are a few miscellaneous Internet pages that I reviewed in the process of working on the question. These may be of assistance to others:

Cause of death can sometimes be found in the funeral records of a church, burial records of a cemetery, or in a city death registry. If place of death was a hospital or other institution, records may exist. Not sure when autopsies became required for suspicious deaths, but check if the death certificate was signed by an attending physician or a city coroner. Some newspapers ran a weekly or monthly coroner's report.

Often overlooked are probate records. They on occasion have places of burial and or causes of death.

It appears that the French people do not put the cause of death on a death certificate. I am finding that out now, after my sister who lived in Paris for three years, passed away last month in her sleep. The French government have conducted an autopsy but it is their thing that they don't release any information about the cause of death. Even in the most routine cases such as death from natural causes in ordinary circumstance, there is no way to get an official confirmation of the medical cause of death. It could very well be the tradition back then in 1908.

Not the answer you're looking for? Browse other questions tagged 20th-century death-records france cause-of-death or ask your own question.