I am trying to find the parentage and immigration for Andrew Wilson my 2nd great grandfather. According to family search he was born on August 1, 1838 in Gulladuff, Maghera Parish in Londonderry Ireland.

He married Elizabeth H. Jennings on June 22, 1861 in Queenstown, Armstrong County, Pennsylvania. Elizabeth was born in Gwinear, Cornwall, England and immigrated here in 1850 as a child.

The first census I have him in is the 1870 census in Queenstown, Armstrong County, Pennsylvania. His occupation was a Cooper and he was living with his wife, three children and a woman, Annie Wilson age 78. I am assuming this is Andrew's mother. Annie does not appear in the next census, so I would assume she had passed away by then. Again, I am assuming she is buried in Pennsylvania but have been unsuccessful in verify her death or burial site.

Ultimately, Andrew, his wife and children left Pennsylvania and moved to Olean in Cattaraugus County, New York. Andrew died on January 26, 1899 in Olean NY. I have obtained a copy of his obituary but it did not reference his parents.

I believe Andrew came to the states as a child but have not been successful in finding any immigration or naturalization records and have come to a standstill in trying to locate his immigration to the US or who his parents were (other than the reference to Annie Wilson in the census).

If any one has any suggestions or ideas on pointing me in a direction that I may have missed in trying to track Andrew down it would be appreciated. Thank you i advance for any assistance or suggestions.

Which port of entry is the most likely?

The port of Philadelphia in the state of Pennsylvania, is probable. 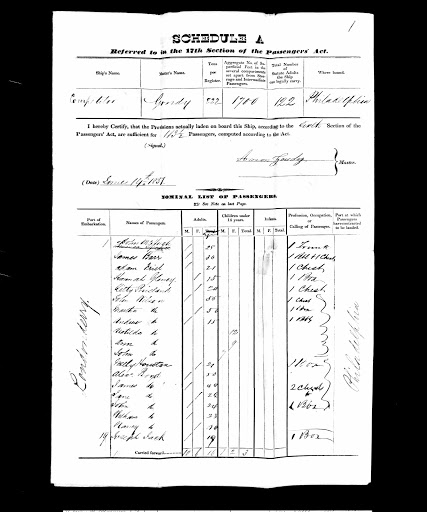 In the 1860 US Census Andrew Wilson would have been around 22 years old. That said he was either married, single, a boarder, or lived with his parents or other relatives.

That being said I'll presume that Andrew was single until he married, as mentioned in your question. So, let's see what we can find. 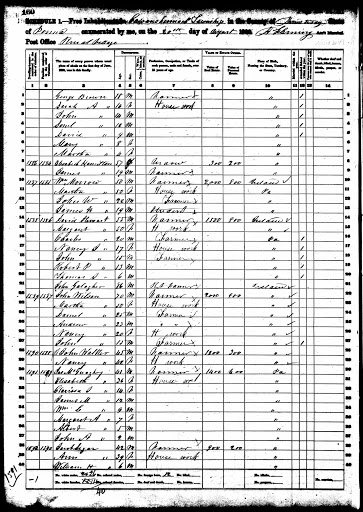 You state in your question "1870 census in Queenstown, Armstrong County, Pennsylvania. His occupation was a Cooper.

Noun- a maker or repairer of casks and barrels.

Verb- make or repair (a cask or barrel).

Further along in your question you state, " and he was living with his wife, three children and a woman, Annie Wilson age 78. I am assuming this is Andrew's mother. Annie does not appear in the next census, so I would assume she had passed away by then. Again, I am assuming she is buried in Pennsylvania but have been unsuccessful in verify her death or burial site."

There was one result that likely fits on (findagrave.com) 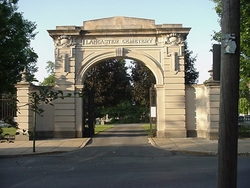 With the records I've provided, you should be able to compare your records and discern if any of the names in the 1860 Federal Census record above coincide with your 1870 Federal Census co-resident "Annie Wilson". It's hard to match dates exactly, the only thing that any of us can do is find sources of evidence and evaluate it's credibility, happy hunting and good luck. : }

Not the answer you're looking for? Browse other questions tagged united-states 19th-century immigration ireland or ask your own question.

5
How do I learn the details about a British Army pension delivery, 1813?
5
Looking for info on Patrick Keelin, my elusive Irish ancestor
10
Transients and New Arrivals in the U.S. 1940 census
6
How to find parents of Elizabeth Meyers (1820-1880), wife of the Amish Benjamin Miller in 19th Century Pennsylvania?
4
Finding evidence for Daniel Denehy and Ellen Connors in 19th Century Wales?
3
Validating Merchant Navy records?
2
Looking for Census records of Joseph Campbell, born in Chester 1854