What word appears after after the birthdate of this Scottish record?

I hope this is not something obvious... I have tried to figure out what the word following the birthdate here is: "Patrick Dunlop shepherd in Brukside and Jean Wood his spouse had a son baptized named John (was born the 1st ???), witnesses to the baptism Mr. John Hay Esq. younger of Hopes and Joseph Anderson."

The word looks like 'jnstand' to me, which I can't make head nor tails of.

The record above this one also has a word after the birthdate that I can't figure out. The one above that looks like 'September past'. What is this pattern and what are they saying? 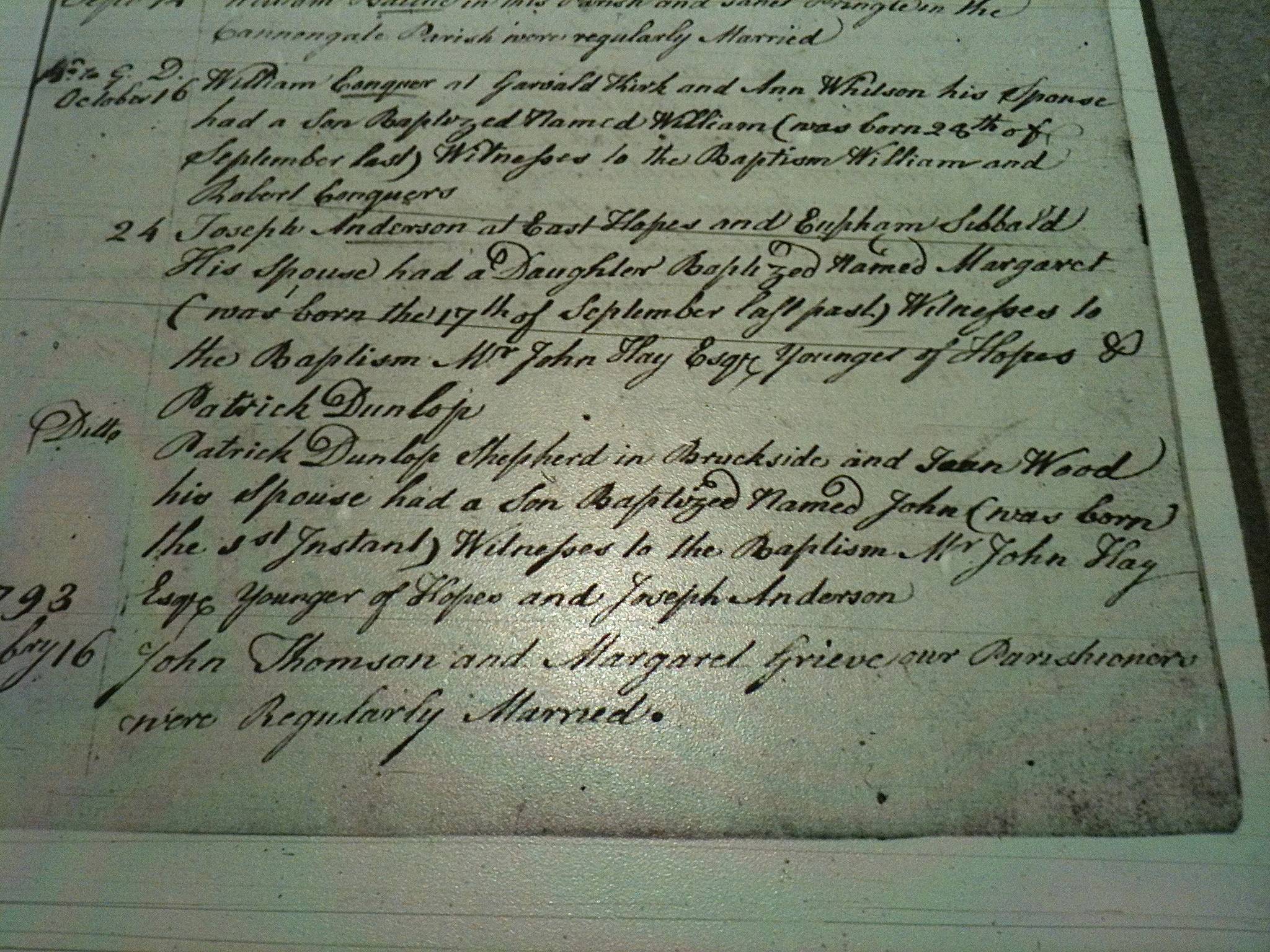 It looks like "instant" meaning "this month". Since the latest month mentioned in the left column is October, I would interpret it that the child John was born October 1st and baptized on October 24th.

The previous entry could be "September just past" and the one above that "September last".

Not the answer you're looking for? Browse other questions tagged palaeography birth-records scotland or ask your own question.