Is it OK to use the word "County" in an American place-name?

My standard for American place-names is "settlement, county, state, USA". I have been entering the county names with the word "County" or "Co" appended, e.g. "San Rafael, Marin Co, California, USA". I notice, however, that James Tanner omitted the "Co" in a recent post and I suddenly wondered whether I am transgressing any good practice that, from my side of the Atlantic, I've not noticed. (Rather like an American who innocently refers to "Lancashire County" - the words "shire" and "County" are synonymous) So...

Q1 Is there any reason not to use the words "County" or "Co" for some or all American county names?

Generally, you can use whatever naming practice you want to if you're working on your own. If you're cooperating with someone, it's obviously best to agree on some common standard, but that's between you and the others working on the project and nobody from the outside has any business or right to tell you what is the "right" or "wrong" way to name places.

This also applies to the decision if you want to use the current political structure or the place hierarchy at the time of the event. Decide on one approach, document it if you're working with a team, and stick to it. Both have their strength and weaknesses, so it's best to use them both in parallel where possible, but this is seldom the case. The GEDCOM data format for example doesn't have any capability of recording place hierarchy changes over time since places aren't top-level elements of it.

In the specific case of the USA, I'd keep the "County" part to distinguish place names like these from each other:

This also answers your second question: There are indeed places in the USA where counties do not exist. In particular, Washington, D.C. is not even part of any state and there are 41 independent cities which don't belong to any county.

On the other hand, there are "cities" or metropolises which are spread across multiple counties; you'll have to keep that in mind as well with whatever hierarchy you'll end up using. One example would be New York City, consisting of: 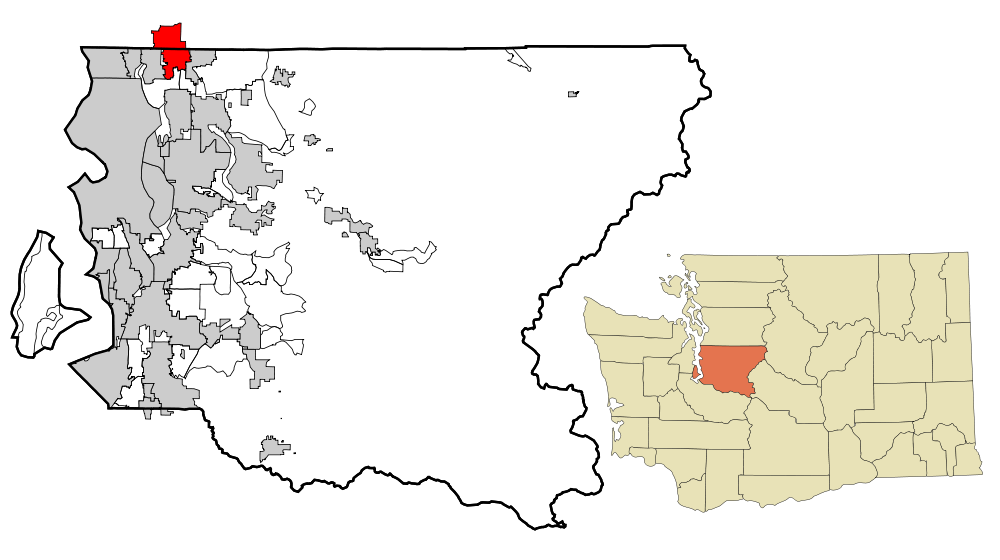 The term "county" is used in 48 of the US states, the two exceptions being Alaska and Louisiana. Alaska's equivalents are organised boroughs (plus one unorganised borough), while Louisiana uses parishes. Federal terminology refers to Louisiana parishes, Alaskan boroughs and independent cities as "county equivalents".

Both Familysearch and Ancestry omit the word "County" from the names of places in the USA (and Canada) in most cases. This seems a reasonable approach, as the "state subdivision" is a county in most cases (and those in AK and LA are treated as county equivalents).

Many US states, especially in the west, started with a small number of large counties and these gradually got subdivided (and the process is still continuing, for example La Paz county in Arizona split from Yuma County in 1983). So, as in your example, the county at the time of the event may be different from the present-day county. I'd generally use the county as shown in the record, rather than attempt to change it to a current one.

Familysearch do often make clear when a city is independent (not within a county), as happens in a few eastern states. An example is Baltimore (Independent City), Maryland. This is important as there is sometimes a county with the same name (that covers a different area).

Q1 :Is there any reason not to use the words "County" or "Co" for some or all American county names?"

My practice is to do what makes the data the least ambiguous. For instances, in counties unlike San Francisco (which is "the City and County of San Francisco" i.e. they cover the same geographical area), where you have a city name which is the same as the county name, when I have a reference to a county name without a town, I tend to spell the county name out in full.

This keeps any reference like Hampden, (blank), Massachusetts, and the county-only place reference falling together and looking like the same thing in Family Historian.

But I'm still waffling between writing "United States" or "USA" so what do I know?

For this passage, the citation is

In general, I would say that there is certainly nothing wrong with using the word county when referencing a US place name. In some cases, it is necessary in order to correctly identify the location. For instance, Wikipedia claims (https://en.wikipedia.org/wiki/List_of_towns_in_New_York) that there are 11 pairs of towns in New York that share the same name but are located in different counties. Without specifying which county, it would be difficult or impossible to identify the correct location.

On the other hand, as was mentioned in another answer, some county borders have changed substantially in the past. Thus, using the name of the contemporary county could potentially cause confusion, rather than clarify the issue. For example, say you had an ancestor living in what is now Manchester, Bennington County, Vermont around 1767. At the time, that was considered part of Albany County, New York. However, there is also a town in what is now Ontario County, NY named Manchester, and in 1767 that would also have been part of Albany County (technically, the second Manchester wasn't settled until 1793, but the general point still stands). Today, however, there is no town named Manchester located within Albany County, NY. So if you listed a location as "Manchester, Albany County, NY," it is quite possible that a future descendent reading your research would not know what town, or even what state, their ancestor came from.

Another thing to consider is whether it helps you or another genealogist find records in the future. If you have relatives in the south or west, many vital records will be kept at the county level, so knowing which county an event took place in will help substantially in finding other supporting records. On the other hand, if your relatives are from New England, all of the vital and probate records are kept by the towns. Thus, knowing the county tells you very little.

Basically, I would second what Jan Murphy said - use whatever makes the data least ambiguous and offers the most clarity.

In many ways, I think this is related to the eternal question of whether to use the name of the place as it was known then, or the name as it is now. As with that question, I think it very much depends on the exact situation.

Not the answer you're looking for? Browse other questions tagged naming-convention or ask your own question.

2
What is the proper way to denote that a person is known by his/her middle name?
2
Change birth name or use Also Known As