Background: I would like to focus on the set of people who are first cousins of (my) ancestors at each available level of the hierarchy. This helps me check contemporary family activities, vetting local records and documents for close family members who may be mistaken for one another. It also helps me follow "shells" of 2nd, 3rd, ... cousins who may wish to share information about common ancestors.

Question: Are these or similar "cousin-centric" relationships addressed by some specific software products, or by some specific thoughtful bloggers? (I can read math and computer science formal languages, so geeky responses are fine.)

Brothers Keeper lets you scroll through siblings while viewing their children, and I assume many other genealogy programs do also.

I have an ancestral couple from France, whose German neighbors in America could not pronounce their surname, Jacques. (There is no German letter for the French "J" sound.) The couple had over 100 grandchildren, and many had the same names - John, Peter, Henry, Frank. When the grandkids grew up, they couldn't get their mail, so they all took on different phonetic spellings of the last name.

At the beginning, I probably created a 3 or 4 generation descendancy report to keep them straight. But once I had families figured out, it was easy to track them individually. I have traced about 7000 of their descendants so far, with five different surnames. 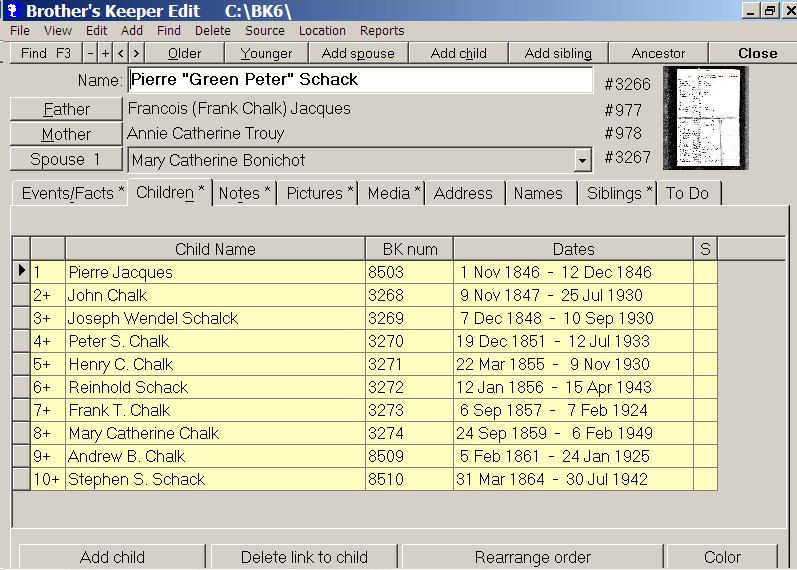 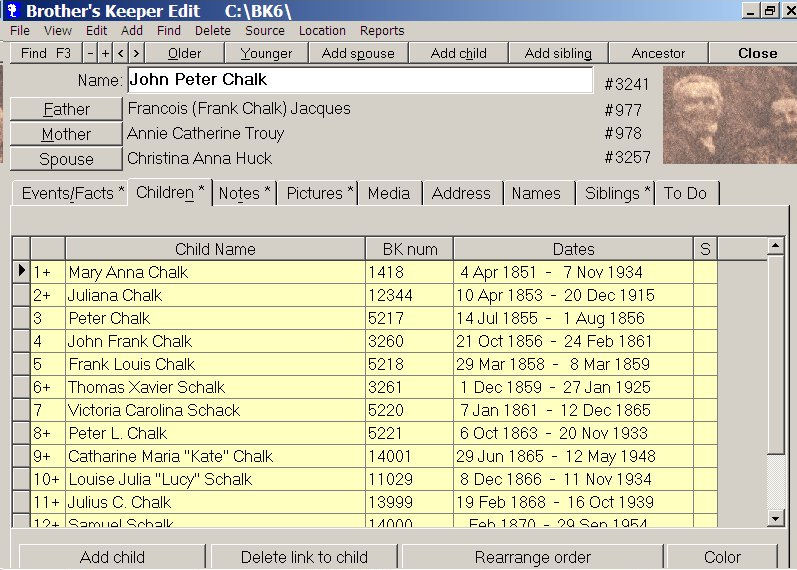 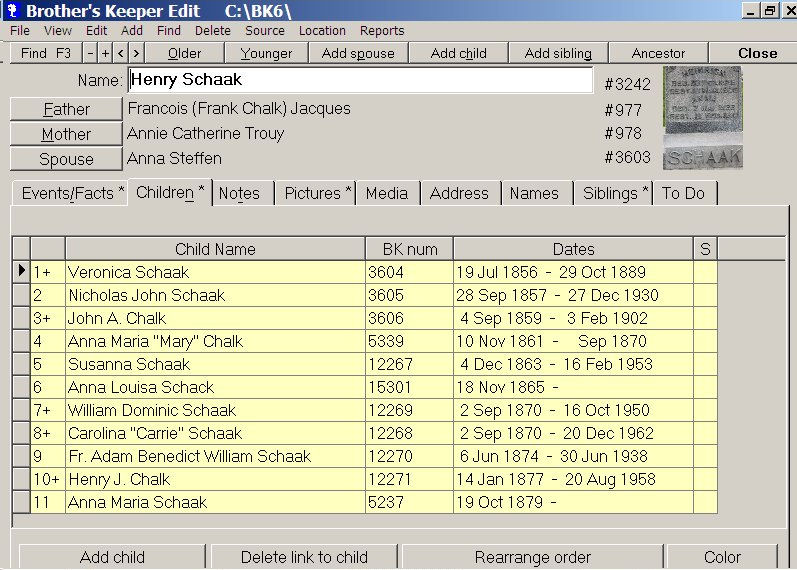 I'm struggling to provide a direct answer to your question, and so instead will try to describe some functionality which might be along the lines of what you are looking for. To explore the siblings of my direct ancestors in Ancestry.com from a person's Overview tab I often use the Show Siblings button below Parents. In the screenshot below this shows how the Pearce second name of a sibling suggests the possibility that my ancestor's mother Martha's maiden name may have been Pearce.

Since the sibling-parents relationship is like (but an order of magnitude easier to deal with) than the first cousins-grandparents relationship it is likely to become screen real estate hungry very quickly, but perhaps a Show Grandparents section (there will only be four) that could be expanded further to Show Cousins (50 or more in some cases) would achieve some of what you are looking for. From there I think it would become very evident when a grandmother's maiden name was being used by her children in the names of their children, or when either grandparent's first name was being used (or not) in their grandchildren's names. 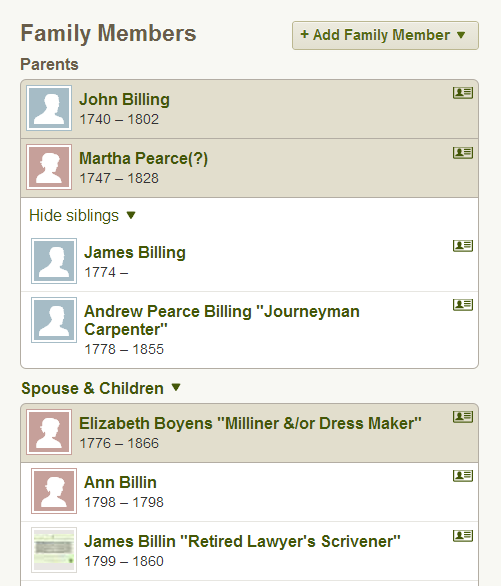 Not the answer you're looking for? Browse other questions tagged research-methods family-tree software-recommendations complex-families or ask your own question.

13
Organizing Research: Should I start a binder system?
7
Need more strategies for meeting “collaborative cousins”
5
Organizing Research: brief subscriptions or research trips
7
Finding Romanian ancestors from Sibiu, Gușterița?
10
Organizing geographical reference material for English parishes?
6
How to generate a report of ancestors by generation?
2
Finding ancestors on hand-drawn family tree?
2
Is there any genealogy software that will assemble lists of cousins from a gedcom?
6
Is there an application that searches for common ancestors of three or more individuals