I am looking at some names in the "Pennsylvania German Pioneers: A Publication of the Original Lists of Arrivals of Philadelphia from 1727 to 1808, Vol. 1".

Throughout the passenger lists there are primarily "(X)" and "(O)"s inserted into their names at various locations, but usually in the middle. There are other letters though like in the following example. I am curious as to what the convention or specific meaning of these are as I have some dought it is an indicator for a middle initial as "X" is not a common letter for middle names. 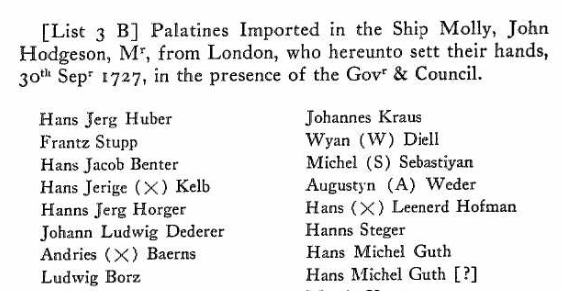 The passenger lists start on approximately page 57 and I have quickly skimmed through the proceeding 56 pages and not seen anything jumping out on the convention nor at the end of the volume 1.

Does anyone know what the specific convention of the letter in parenthesis means and what the complete list is?

I appreciate the lead from PolyGeo which led me down the path I needed to go down and this is what I found.

PA Archives: There are three sets of passenger lists: The "A" lists are the Captains' Lists of passengers being imported; "B" lists are Oaths of Allegiance to the King; and "C" lists are Oaths of Abjuration from the Pope. An individual being transported may be found on one or all of the three lists. These lists have been published in Pennsylvania German Pioneers: A Publication of the Original Lists of Arrivals in the Port of Philadelphia from 1727 to 1808 by Ralph B. Strassburger and William J. Hinke (Norristown: Pennsylvania German Society, 1934; reprinted by Genealogical Publishing Co. and Picton Press). Volume III contains indexes to the names of passengers, captains, and ships. Volume II has facsimilies of all signatures on the original lists. and Microfilm copies of the original lists are available (3 rolls). These rolls are arranged chronologically by the list number, with Lists A and B together and all of the C lists located in order on a separate roll.

That said I do an image search for the book and found a few examples as I was not able to find a way to access the specific images myself at this time that I as looking for but this gives me the base information.

This blog posting gave an informative run-down of their search and a copy off the Microfilm. 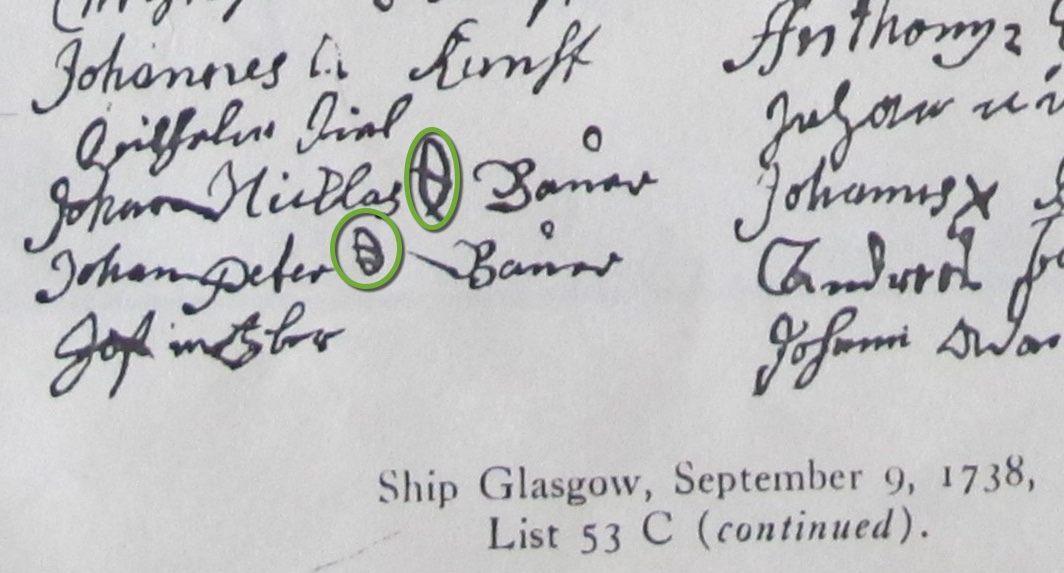 From the time period samples I came across images I did not find any "seals" or "stamps" next to their names as I assume they would just sign in that case. 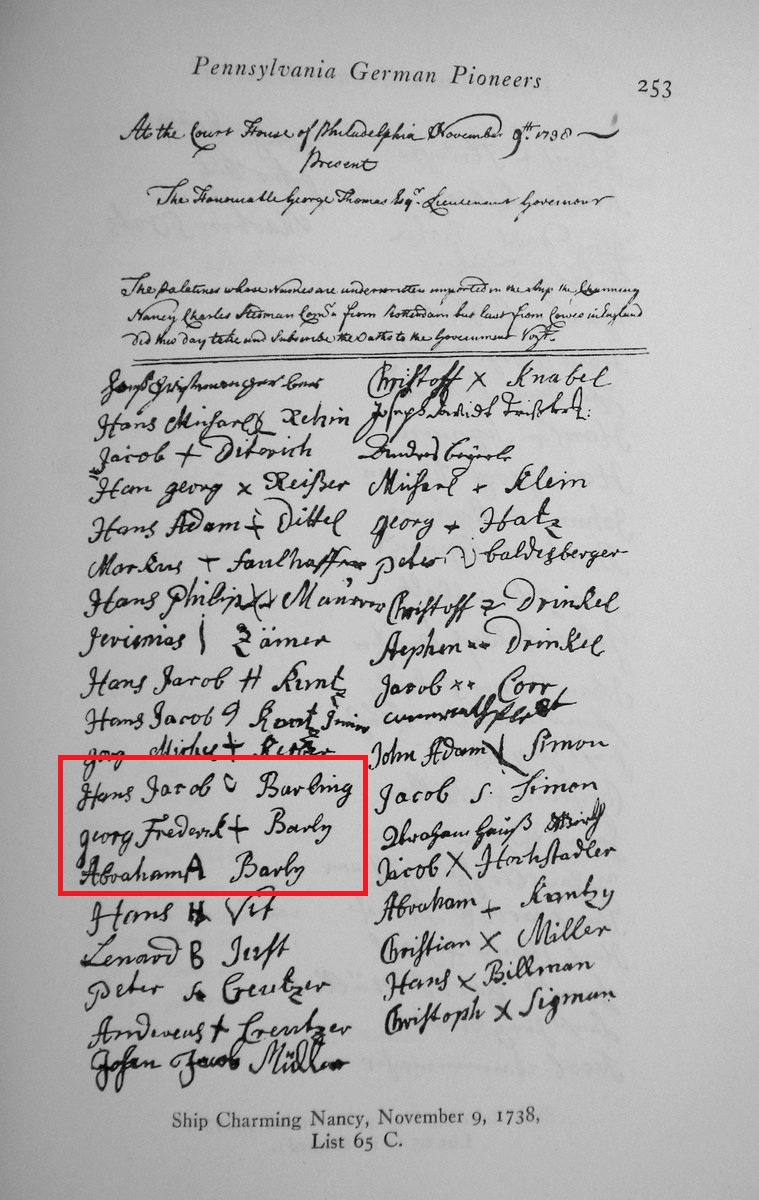 8
Old German script. What is the wife's name in this 1837 baptismal ledger from Stark County, Ohio?
1
Pennsylvania cultural transition from German to English and guidance on Englishification?
5
In the US, in the late 1800s and early 1900s, why did primarily the men only get naturalized?
4
Was it common for German women to use their maiden names in the early 19th century?
6
What does VSP mean in the book The Original Scots Colonists of Early America, 1612-1783?