What is occupation that looks like "Pre MJ" on 1841 census from Cornwall, England? 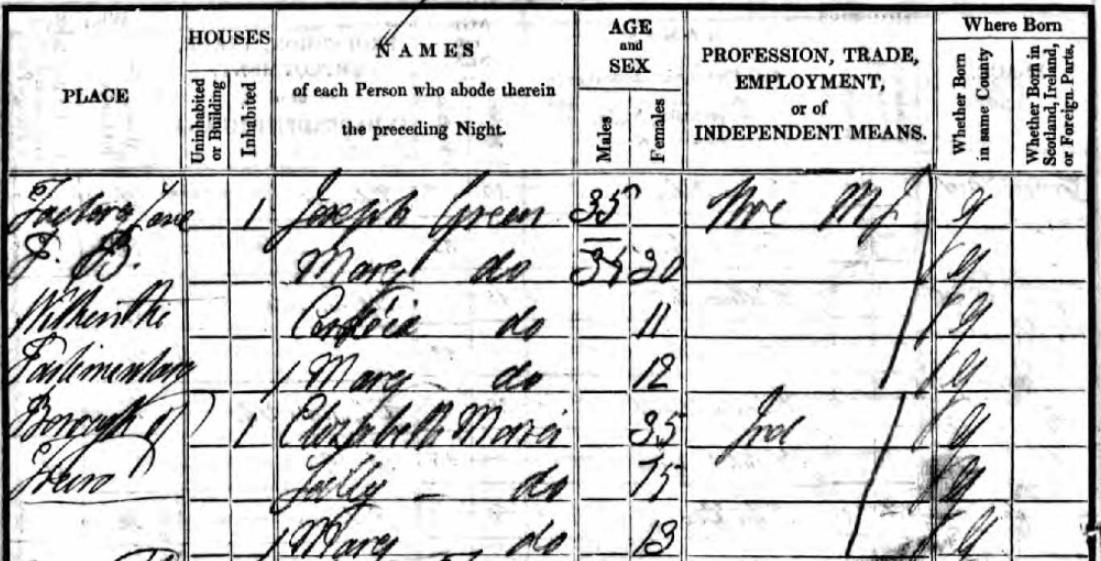 2
What would "F.S." abbreviation mean on 1841 Census Record for Billin household in Helston, Cornwall?
4
Was William Chichester recorded as Judge in 1841 Census at Dymock, Gloucestershire, England?
7
What does 1851 UK Census "Relation to Head of Family" entry that looks like "Depen" mean?
2
Where was Joseph Brown Lever for 1841 England Census?
1
What might Wine & Spirit Vaults be in 1841 Census at Helston, Cornwall?
4
Deciphering place name in 1841 Census for Tavistock, Devon, England?
0
What is this last name that looks like Kennet?
2
What is Census occupation named Folder Work?
1
Could Francis Tolvert Greenway baptised 1774 at Falmouth be Francis Green who married Grace Woodley 1798 at Totnes?