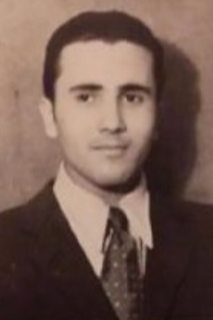 My Grandparents immigrated to Perth, Western Australia in 1950.

My Grandfather was born in Ploiesti in 1924 and went on to be a soldier in the in the Romanian Airforce during WW2.

During the war he was a Prisoner of war in Germany until Hitler took him as a Radiographer and Navigator. He was a qualified Engineer prior to the war. I know this from the documents we found when he past away. He even kept his ration card and a P.O.W. card.The cards were written in German, the card had a Swastika on it.But his second wife had Dimentia and misplaced that card. I am in the process of tracking it down.

After the war they were in a Displaced People's Camp in Berlin.

My Grandmother was born in Brasov in 1923. She was from German decent and passed away in 1976 - I never got to meet her.

When my Grandfather passed away in 1996 we got a letter telling us that we had inherited some of Ploiesti's oil fields and land in Transylvania. As my Mother couldn't speak Romanian we have never really known, only we know it involved Oil and land in Transylvania and a Vineyard in Ploiesti. However, because we were not Citizens of Romania the Government had confiscated it? And they said they would pass it on to any extended family we had in Romania. Mum now regrets it. My Grandparents had secrets, and because we didn't speak Romanian we couldn't communicate with them. I know from my Aunty that when they were in Romania they had wealth, but not when they fled. All the photos we have showed them looking well off financially. My Grandparents never returned and they made Mum and us promise never to go. As I said "secrets".

I desperately want to track down my extended family. All I have is photos that were taken in the 80's and old ones taken before the war. I know that some of my Grandmothers family ended up in Canada. I have my Grandfathers address book from 1978,and it has Romanian addresses that don't seem to exist now. We do have some names in there that Mum believes to be Aunties but they were older than my Grandfather and I have no idea how to contact them.

Because my Grandfathers surname is common it's really hard to find him.

Question: With this mixed German / Romanian ancestry and dispersed geography across a short time period, where do I begin to find who my great grand parents were?

Browse other questions tagged 20th-century vital-records romania or ask your own question.

4
Finding birth and death dates for brother who was born and died in Bucharest, Romania during 1930s?