I have investigated about "C.Z. Ede" and I have some data. For example, "Mr and Mrs Ede" got on board a boat and a record of National Archives.

First "Mr and Mrs Ede" got on board a boat from Nagasaki to Yokohama in 1893. Nagasaki and Yokohama are in Japan. But the ship from Japan to foreign country and from foreign country to Japan often called at Nagasaki in those days.

My great-grandmother (Kogiku) went abroad with her husband. Mr Ede lived in Kobe.

And I think main office of Mr Ede's company (Jardine Matheson）was in Yokohama. I think there is a possibility of calling at the office.

Even family name Ede is rare in Japan in our time. There were not many foreigners in Japan during the 1890s. I think Ede of "Mr and Mrs Ede" was Cecil Zohrab Ede. I think this makes sense.

Next I got copy of records of national archives (http://discovery.nationalarchives.gov.uk/details/r/C1948323).

This records contain Probate Records that say Cecil Zohrab Ede was a bachelor. So, he left Japan 1899 or 1900 alone. My great-grandmother had sick parents so she could not leave Japan. She was a strong woman and the daughter of "samurai". "Samurai" had to endure many things, so I think she chose to stay in Japan.

How can I determine if the Mr and Mrs Ede above were Cecil Zohrab Ede and my great grandmother Kogiku? 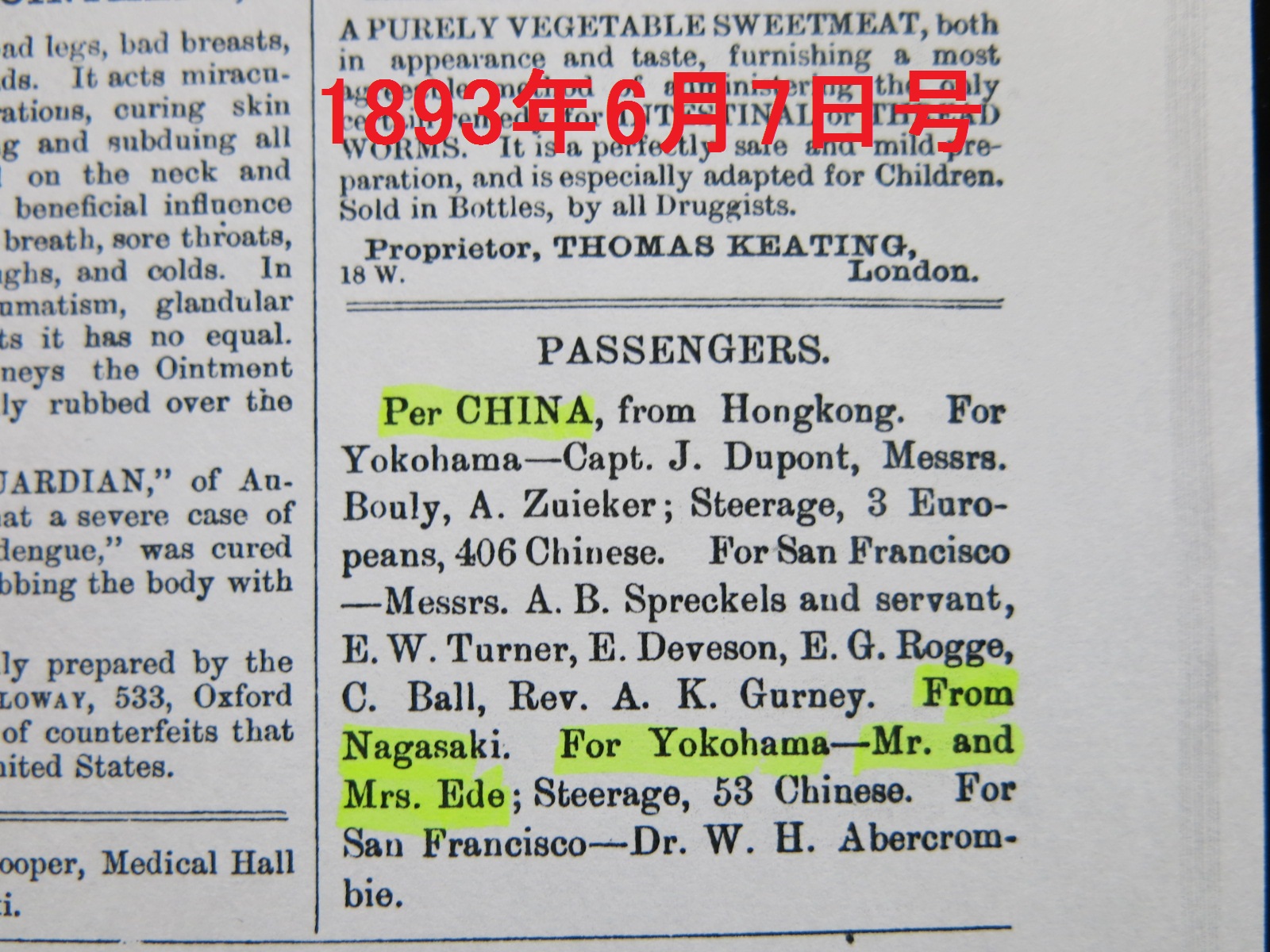 Browse other questions tagged 19th-century ship japan or ask your own question.