I am looking for help reading the word after Dublin Ireland on the third line down (Christopher Brangham) in the Where Born section.

I think this might be the name of a place in County Dublin or the City of Dublin. 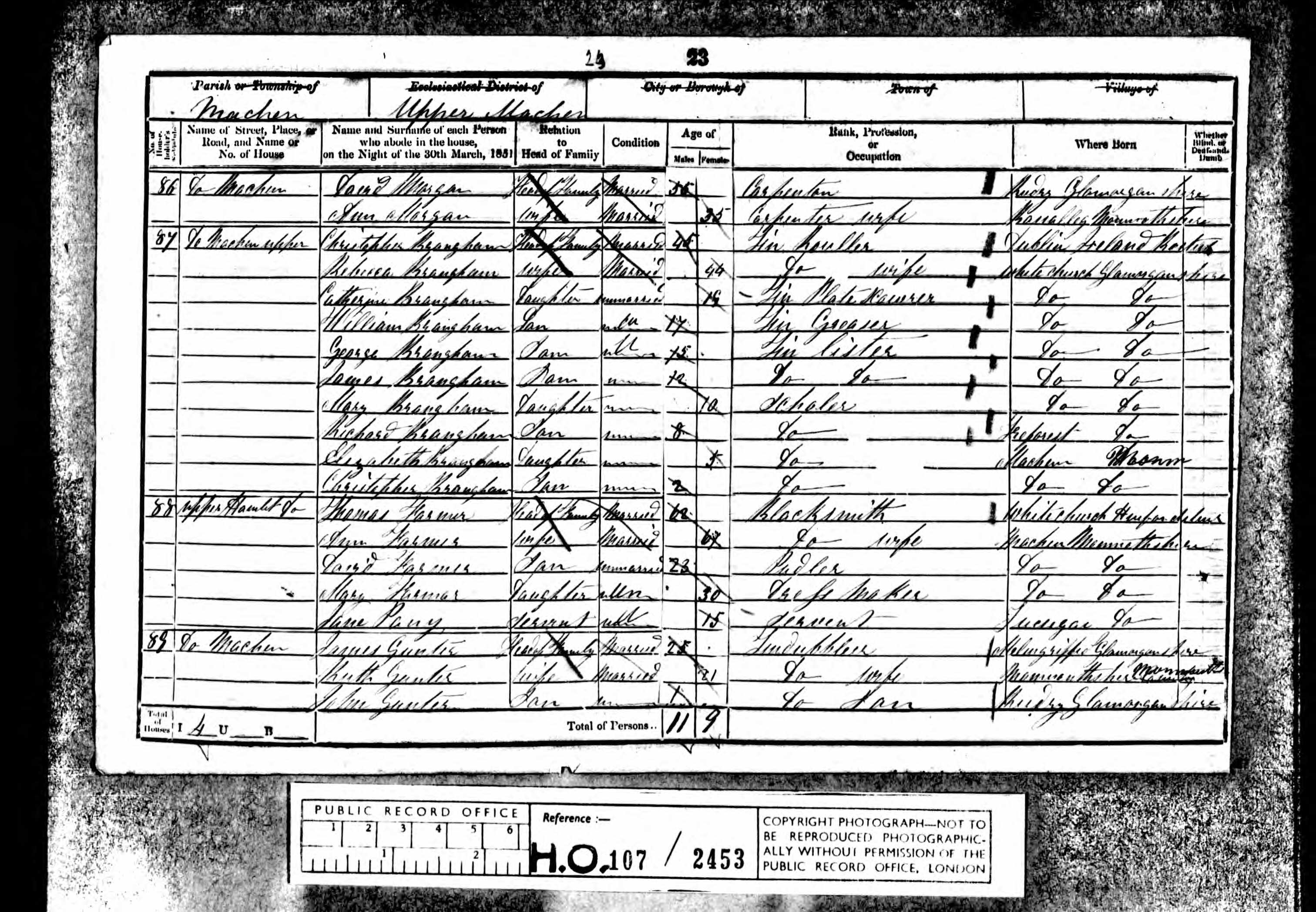 I think it simply says 'British', indicating his nationality. Note that in 1851, Ireland was still part of the United Kingdom.

Added in response to the comments: It certainly was not necessary for the nationality to be included, but it is not clear whether this was added by the enumerator or the householder when he filled in the household schedule. The instructions on the 1851 household schedule could be easily mistaken to mean that British Subject should be written after the birthplace of someone born in Ireland:

Opposite the Names of those born in England, write the County, and Town or Parish.

If born in Scotland, Ireland, the British Colonies, the East Indies, or in Foreign Parts, state the Country; in the last case, if a British Subject, add, "British Subject."

Not the answer you're looking for? Browse other questions tagged census-records palaeography wales ireland birthplace or ask your own question.

13
Understanding why my relatives were in prison
7
Help needed reading an occupation and place name
6
What happened to John White and his brother or sister?
2
Finding more details in 1851/1861 Scotland Census?
4
Was William Chichester recorded as Judge in 1841 Census at Dymock, Gloucestershire, England?
2
What is occupation that looks like "Pre MJ" on 1841 census from Cornwall, England?
3
Where in Ireland was Handy Dugan born and baptised?
5
Reading a word in an 1841 census image
2
Reading occupation in 1906 Denmark Census image?