Reading place of birth in France on 1881 Census for Camberwell (London)?

I'm looking in to a person, Pierre Louis Oscar Cordier and one thing I'm still struggling with is finding where in France he is from. 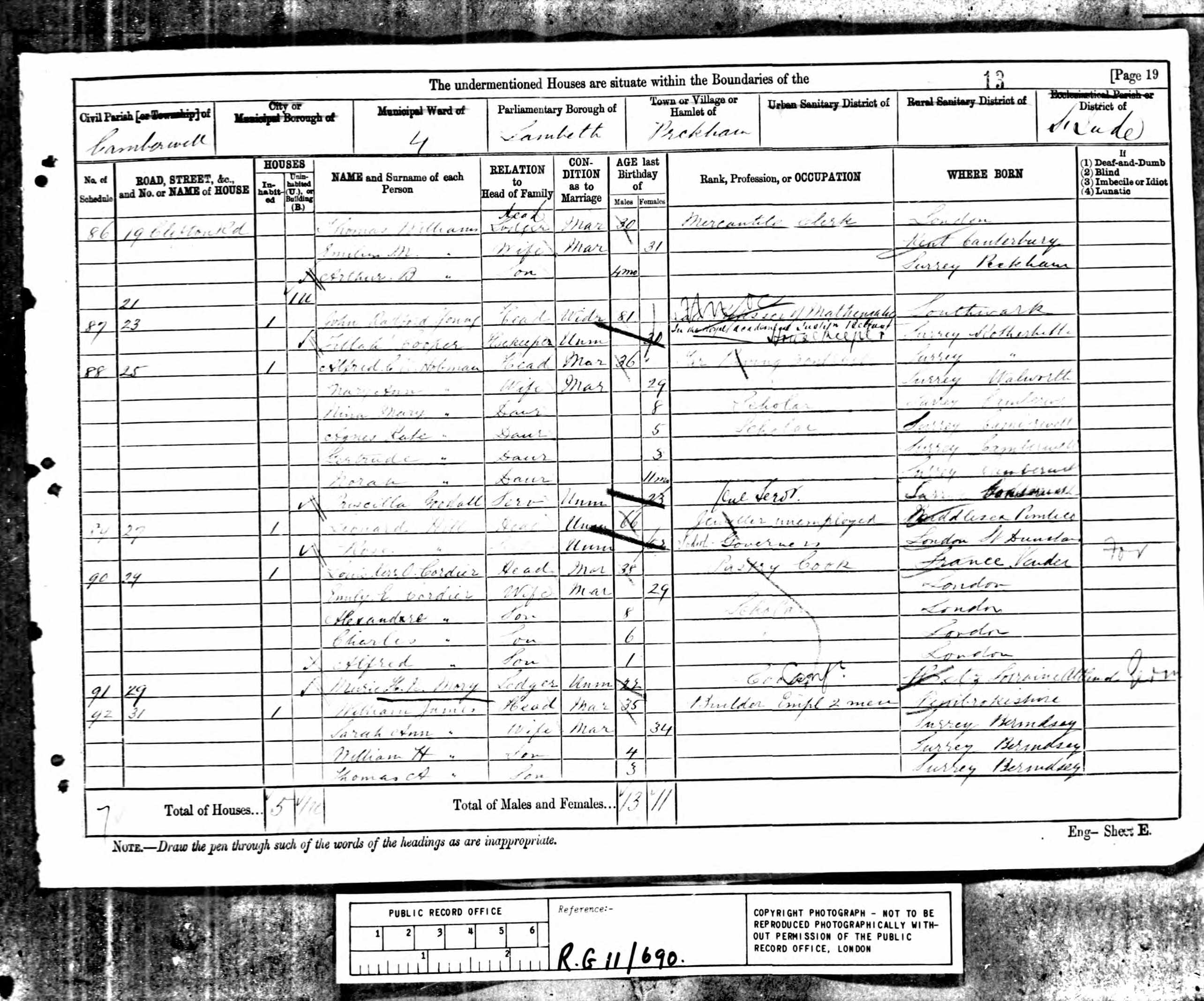 In the above picture is him in the 1881 Census, he is a Pastry Chef and in the last column is listed as 'for' which I believe is short for 'foreigner' or 'foreign'.

My question is, can anyone decipher the birth place? I've been told it could be Vendee, but looking at the writing it looks more like 'Vander' can anyone shed some light on it as I can't find anything else. Other records I've found simply say 'France'.

You already have an answer to this question that I believe is correct. I don't think I'll tell you anything you don't already know but I'll wax on a bit more about my usual sub-conscious process for deciphering a difficult word.

I would likely transcribe this birthplace as "Vender". Depending on the consistency of the writer, it can sometimes be useful to compare individual letters, and in this case the "e" and "n" in particular are quite consistent with other examples of those letters given in the excerpt. The last letter may be an "e" or an "r", it is difficult to say. However, I would caution against over-interpreting individual letters. Writers sometimes scribble or omit letters but it may not be a misspelling as such. Remember people aren't typewriters.

Does this transcription make sense?

Google is your friend. Searching for vender, france doesn't produce many promising results for a place in France. But Google does make a useful suggestion:

So we have a possible answer, now: Vendée, a department in France.

Think about the record itself. How was the information collected? Who was writing it down?

This tells us a couple of things. The spelling could simply be due to an error in the enumerator transferring over the information from the schedule to the census form. We do not know who filled out the household schedule (Pierre, a neighbor, the enumerator), but the spelling could equally have just been a phonetic interpretation of Vendée.

Does looking at other entries help?

As suggested by @PolyGeo in the comments, it can sometimes be useful to look at adjacent entries or pages. We might get a better idea of the way the enumerator recorded foreign countries.

In this case, I don't think this is particularly helpful, probably for the reasons noted above - the enumerator simply transferred the information from the household schedule over to the census forms, and may not have attempted to make all place names consistent. For example, you'll note that a few lines below Pierre is a person born in "Alsatz Lorraine", so it appears the enumerator was not very consistent in the format of recording foreign birthplaces.

What do the instructions say?

When looking at a census, it's sometimes useful to look at the instructions. But keep in mind that people are terrible at following instructions.

Looking at the 1881 census household schedule, the column heading for "Where Born" says: 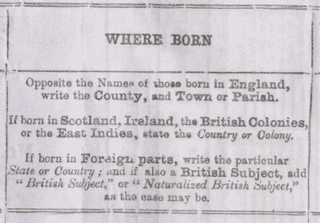 I know that this probably the only record you currently have that narrows down where Pierre was born in France. But I would again be cautious against over-interpretting the record. Remember this is just one instance where he stated his birthplace, and he could have been wrong. He could have just been remembering a place he spent time in early childhood.

By all means, pursue birth records in Vendée, as this seems the most likely birthplace, but don't get discouraged if nothing turns up. This is still quite a large area to search. In cases like this it is important to think about what other types of records may hint at his place of origin in France - and your other question addresses this.

Harry V.♦Harry V.
18.5k55 gold badges4242 silver badges9696 bronze badges
1
Add a comment  |
-1
Want to improve this post? Provide detailed answers to this question, including citations and an explanation of why your answer is correct. Answers without enough detail may be edited or deleted.

I agree with the person who suggested Vendée.

Not the answer you're looking for? Browse other questions tagged census-records birth-records palaeography birthplace france or ask your own question.