Who are the parents of Henry Charles Pynn?

My 3x Great Grandfather was Henry Charles Pynn (1833-1894). I am trying to figure out who his parents were.

This is his Marriage Certificate to Eliza Pickering. His father is listed as John Henry Pynn, a Shipwright.

The next source I have is his Baptism record, here his parents are listed as "John Tho. & Charlotte" John is a Shipwright the same as in the Marriage Certificate. (Bottom entry on picture) 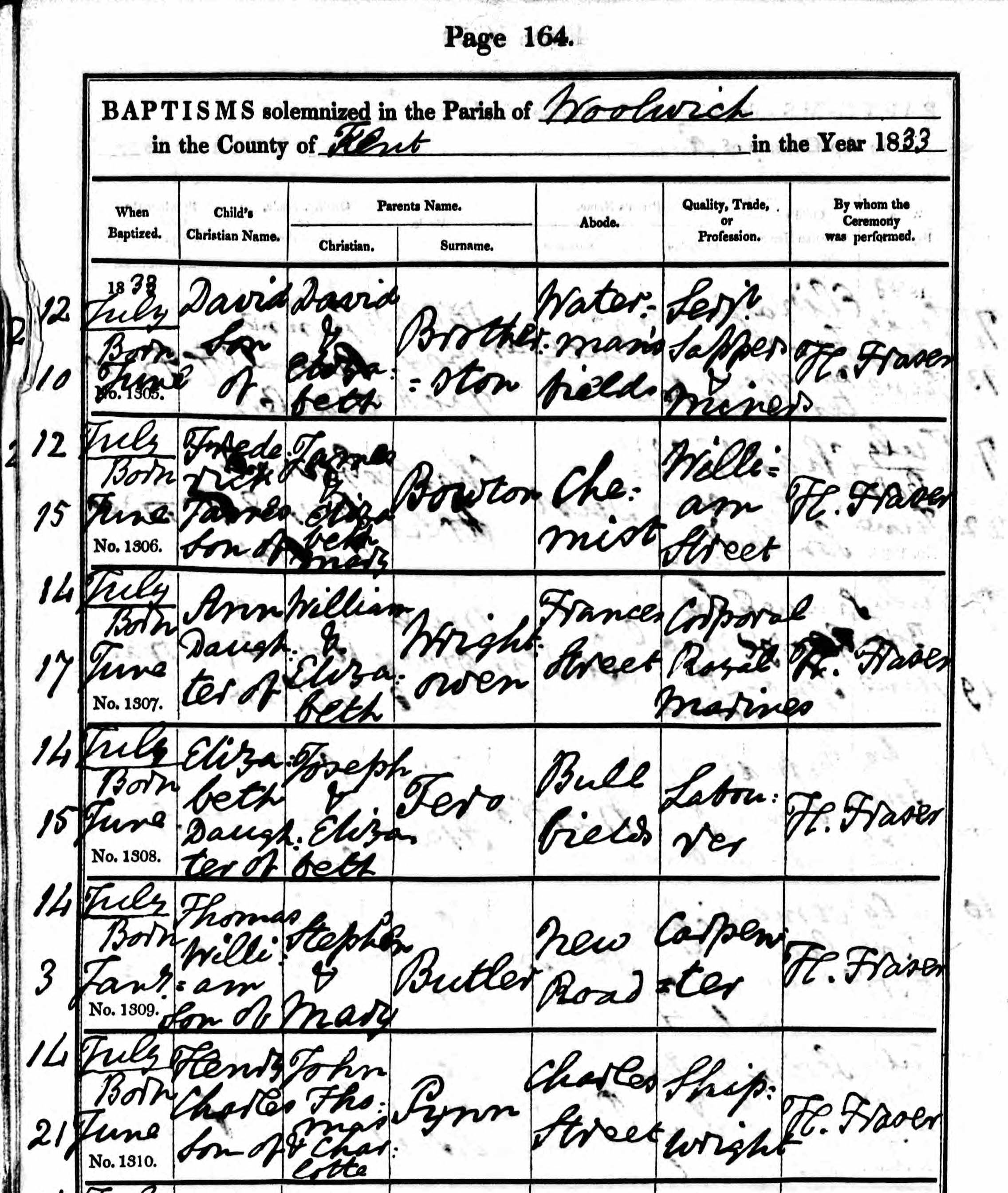 The only two census results I can find for Henry Charles Pynn are the 1881 Census and the 1891 Census. As shown in the pictures below:

I can't find any other records relating to his parents. I'm looking for reasonable proof as to who his father is or an explanation as to why his father is listed under different names. As well as who his mother is.

I'm sure you've been over these questions already, but just in case ...

Secondly: Your image, if I read it right, seems to say the marriage to Eliza Pickering was in Chatham - but the GRO says Lewisham? I didn't think the registration districts were that large?

Lastly: How sure are you really that the baptism is his? There's little to connect this to the marriage. There are seem to be a few John Henry Pymms in Chatham (as opposed to Woolwich), and notably the one who died 1894 "retired foreman from Her Majesty's dockyard" (shipwright?) (Ancestry can't give a useful citation to the National Probate Calendar for this.)

That John Henry appears to have also been the son of a John Thomas Pymm, and a "Mary" - but Mary seems to have been married to a Thomas Ladd come the 1851 census.

i.e. there's a bit of distance between Chatham/Sheerness and Woolwich - makes me uncomfortable. The error in his father's name could be perhaps be explained as just the fog of time, given his father might have died when he was 5 months old, but then I also wonder why the marriage record doesn't also say "deceased", as seems to be the case on most marriage records I've encountered. Also the change of occupations from father to son (Shipwright to Butcher) and then to Cabman seems a little odd.

There is a John Thomas Pymm who married Charlotte Dodkins 23 Oct 1831 in Shoreditch and may be the same person who was buried 8 Dec 1833 in Woolwich.

There's no obvious birth details for Charlotte - this could be her second marriage. But no obvious marriage of a Charlotte to a Dodkins preceding this, either.

Sorry for just adding to the confusion, I expect.

Not the answer you're looking for? Browse other questions tagged england census-records parentage or ask your own question.

13
How would you handle a census record that is almost certainly the target family but which has too many discrepancies?
5
Finding records from the 'manor house'
14
Are parents listed on marriage certificate "proof" of parentage?
10
Who are the parents of George Juden?
2
Finding parents of Doris Reardon, born about 1906, probably in Lancashire?
8
Finding an elusive ancestor after the 1901 census (who may have deserted his family)
3
GRO rules for sub-districts of birth registrations?
4
Finding source of father's first name on 1713 Staffordshire baptism from FamilySearch index?