Recently, I was able to obtain an image of a page from my grandmother's 1917 autograph book.

The date of 9 Jul 1917 is written with names next to three of the photos but I do not know whether that was the date they were taken on. 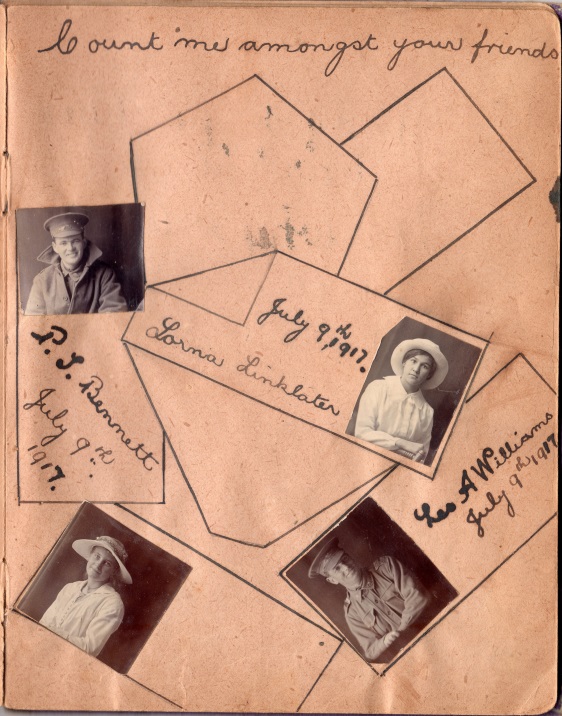 I have been able to identify the named female as Lorna (or Loran) Wallace Linklater (born 18 Jul 1901 at Semaphore, Port Adelaide, South Australia) and have since contacted a distant relative of hers via Ancestry.com and emailed a copy of Lorna's photograph to her.

At this stage I am not attempting to identify the second female photo because it is unnamed. It does not appear to be my grandmother, either of her sisters who were eight and eleven years younger than her, or my great grandmother (Louisa Margaret nee Sellers), and its placement on this page suggests that she was a friend rather than relative of my grandmother.

However, I am very hopeful of being able to identify the two soldiers: the one named Williams in this question; and the other in Identifying Australian soldier named Bennett in World War I photograph (1917)?

He appears to be named Les or Leo A. Williams.

Can anyone help me with reading the handwriting and identifying him?

I will then try to contact his family and provide them with an image of his photograph. Unfortunately his surname is very common, and although his second initial appears to be A I think his first name may be Leo or Les. I am more than happy to share the pleasure of discovering who he was with anyone keen to look at Australian military records.

Some places that I have looked but that are worth revisiting are:

One last piece of background, that may be relevant to this page, is that my late mother told me that my great grandmother held parties for Australian soldiers. I do not know (and wish I had checked) whether it was this great grandmother of mine, or my mother's other grandmother, but I now suspect that it was this one. 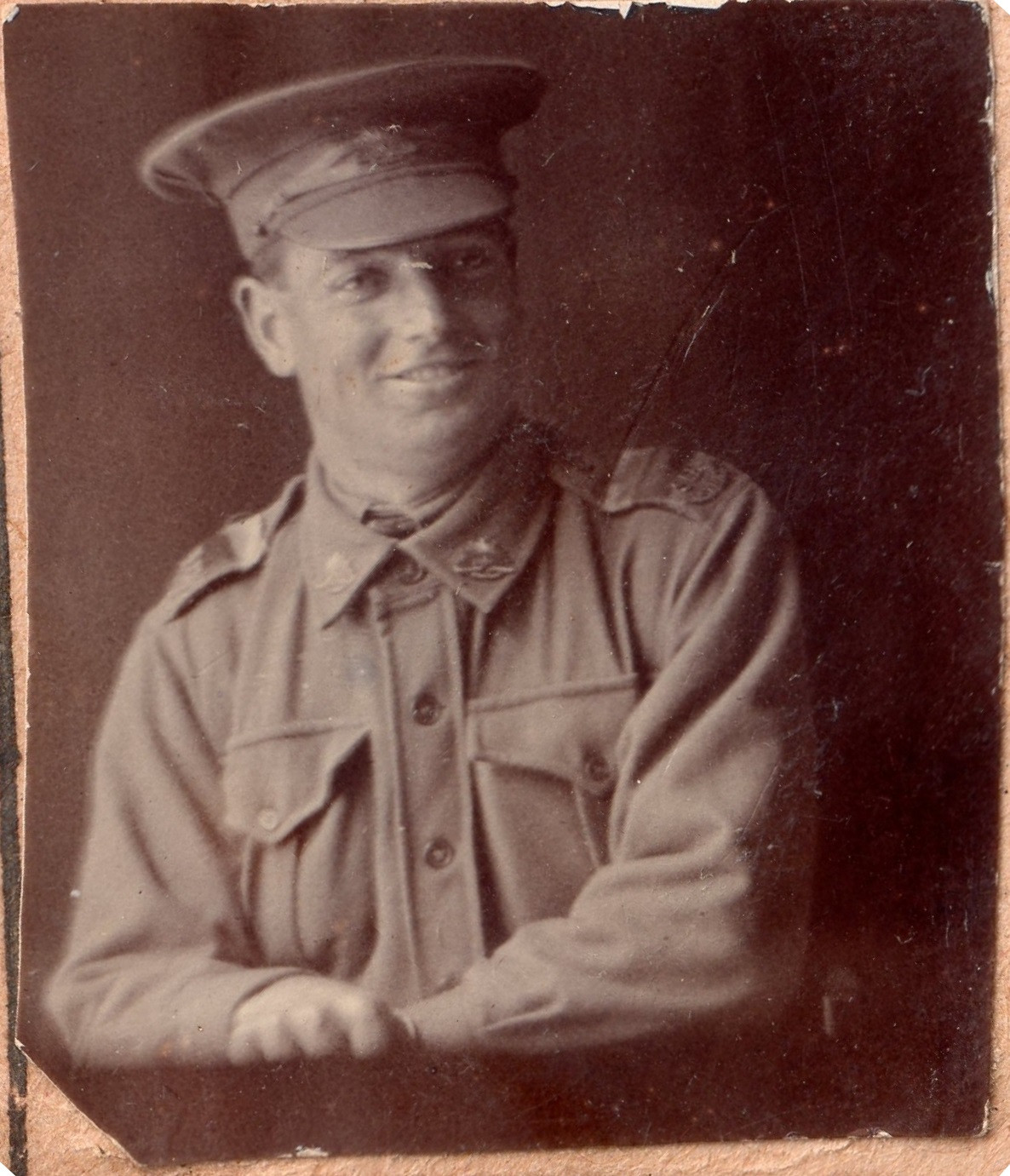 Using a NameSearch at the National Archives of Australia there seem to be three World War I soldiers who might be named Les or Leo A. Williams:

In the above: SERN = Serial Number, POB = Place of Birth, POE = Place of Embarkation, NOK = Next of Kin

If only one of the five candidates appears to not be on overseas duties on 9 Jul 1917 then that would appear to be the best candidate. If that candidate also comes from South Australia, then that would seem to strengthen his candidature at least a little. Each war record has many pages so for now I am just listing them here.

If it appears that none of them are likely to have been in Australia on 9 Jul 1917, and in any event, I should consider the possibility that the soldiers are friends who went to war or perhaps are pen pals acquired during the war.

I directed Faithe Jones who hosts the World War 1 Pictorial Honour Rolls of Australians to this Q&A and she suggested Leslie Alick Williams (one of my candidates) but does not have a photo of him to compare.

Not the answer you're looking for? Browse other questions tagged palaeography australia world-war-1 south-australia photo-identification or ask your own question.

8
Dating/identifying a Duryea (mid-late 19th century) photograph from South Australia?
6
Finding record of under age World War I enlistment in South Australia?
5
Where to find information about Grünberg and Rosenbaum relatives from Danzig?
5
Could photo be Edward Nettell (1812-1879) and Maria Hocking (1811-1902) of Illogan, Cornwall?
1
Determining location/address of Robert John Steven Sellers in 1900 from Sands and Macdougall Directory for South Australia?
2
Finding 1896-1897 residence of William and Emily Mountjoy Rouse in Adelaide, South Australia?
2
Investigating Compulsory Acquisition of Land near Adelaide in first half of 20th century?
5
Identifying Australian soldier named Bennett in World War I photograph (1917)?