What does "MCC" stand for?

I originally though the MCC might be a variant of the Military Cross (MC) awarded to officers but there were very few issued to US military members at the end of World War I.

I noticed you asked this question in a couple of other sites so I have a longer answer to address some of those other theories with specific references.

Though this space seems to be reserved for awards like the Croix de Guerre, but with the note that the award can be awarded to the individual or a greater body such as the entire division. 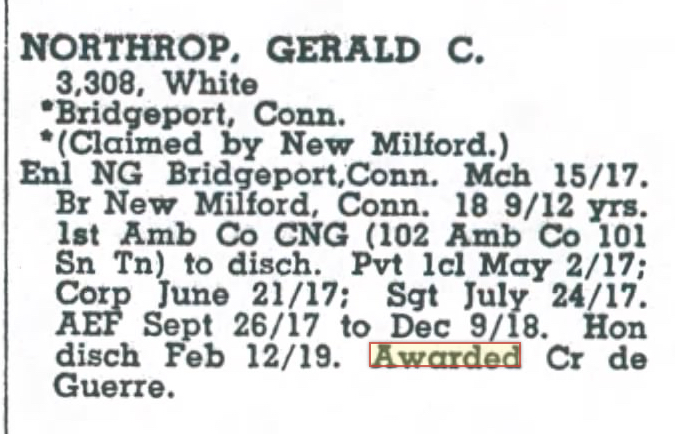 And there is at least one record of a Military Cross being awarded and it is specifically spelled out. 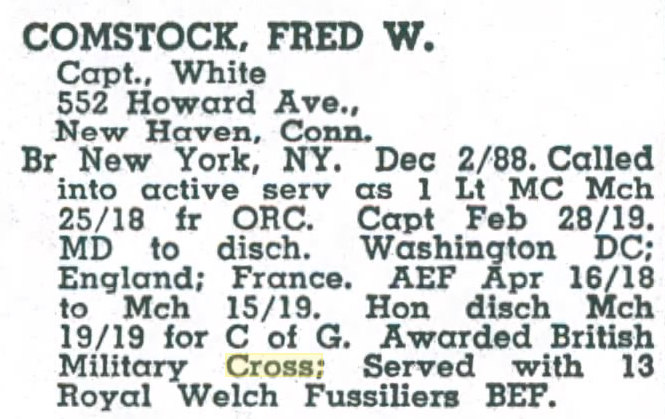 I searched Fold3.com and found many instances of the phrase "Awarded MCC" or "Awarded M.C.C." and it was consistently placed at the end of the record for all entries.. even after a discharge note. 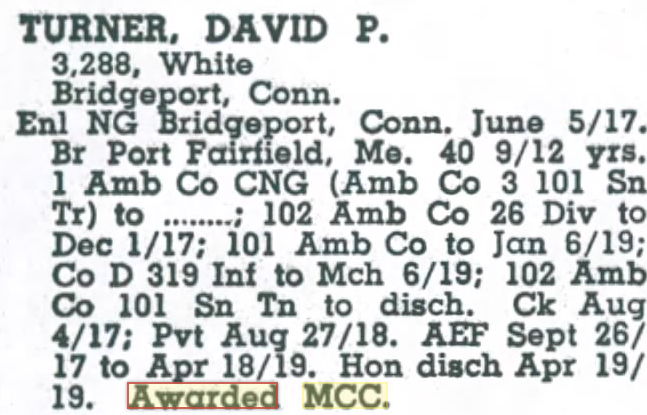 In the back of the particular reference for WWI Connecticut Roster it defined "MCC" as the "Motor Car Company"; which thought possibly it was referring to the awarding of the entire company.. but not clear as to what was awarded so I ruled that out.

There are two much stronger candidates.

The less likely Meritorious Service Citation Certificate; which per the US Bureau of Veterans Affairs was issued prior to 1932 and could later exchanged for a Purple Heart when the award was resurrected. 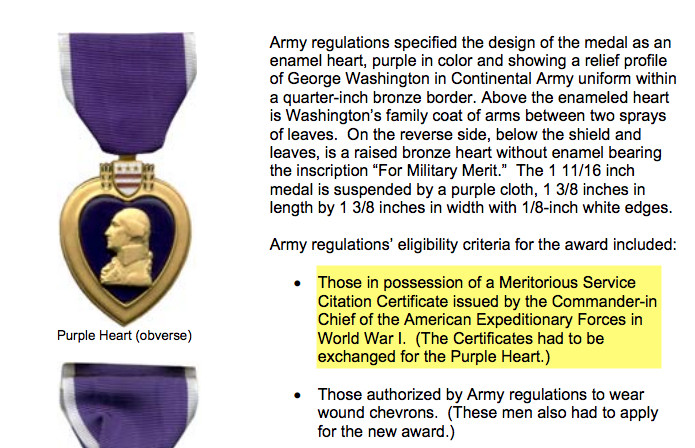 I did search the Purple Heart website and a couple other sources though and did not find either the original John F McNeill or several others listed with "Awarded MCC" on the site.

I also noticed in the Connecticut register nor on John F McNeill's discharge card above, that no individual that had it listed had any injury / wounded record associated with it so that cast major doubt that it is the WWI equivalent of the Purple Heart.

Though I think the most likely candidate is the the Army Expeditionary Forces (A.E.F.) Army Meritorious Service Citation 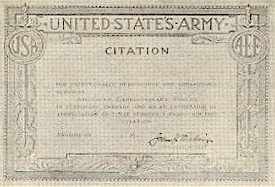 ...numerous individuals were also cited personally by General Pershing for gallantry in action or for meritorious conduct, and were issued the A.E.F. Meritorious Service Citation.

Note also that in 2008 (almost a 100 years later) an Army medal for spouses of Army soldiers was created that was also referred to as an "MCC".

In the case of the Connecticut soldiers this was a special citation given to men (most from the 101st Sanitary Train, 26th Division) who volunteered for the Trench Fever experiments. Frank Sibley talks about these tests in With The Yankee Division in France (p136) There may have been other volunteers from other units, but it was primarily men from the 101st Sanitary Train.

Not the answer you're looking for? Browse other questions tagged united-states military-records world-war-1 or ask your own question.

6
When WWII Army enlistment records list “Branch Immaterial - Warrant Officers, USA”, what does that mean?
8
What was the “Old War” and how should I interpret this pension index card?
4
Interpreting Service Record of QAIMNS nurse in Egypt at time of Gallipoli campaign?
1
What does confy stand for in Missouri (USA) city directory?
3
What does “R F D” stand for in a city directory?
6
Understanding my father's Army service records (1946-1948)
2
Finding British militia records?
8
Verify facts about military service and use of alias