Locating records of a man employed by Rufford Abbey for 70 years? 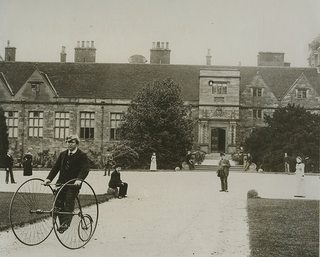 This man was an agricultural labourer. A surviving 1801 census shows he was employed in agriculture, and the 1841 census confirms him as an "Ag Lab".

I was wondering if any estate records might survive that may give more details about his employment. Google brings up a list of employees from 1856 that records many of those who worked at Rufford Abbey at that time. Apparently this list was made upon the death of the 8th Earl of Scarborough. Sadly this is after my ancestor died, so he obviously does not appear on these lists.

What records from Rufford Abbey survive that might contain information about employees from 1780-1850? How might I go about accessing such records? I am guessing many of the records will be held at Nottinghamshire Archives but I am not having much luck using their catalogue to find records that pertain to the period 1780-1850.

Regrettably such records could be almost anywhere or nowhere. The County Record Office is the obvious place to start. Then any other archives in the area. Depending on the history of the place, it's not impossible that records remain there. Tatton Park, now National Trust, recently published some of its accounts and I think that the papers remained there. But I've also seen entries in RO catalogues that suggest papers were retained by the steward of the estate and because of where he lived, the papers are in unexpected places. Indeed, don't forget that many landowners had more than one estate and all the papers may have ended up at the other place.

Trying to be a bit more helpful.... It might to trace the history of those papers outside your timeframe, to see if there are any clues where other papers might have gone. Also many of our record offices have loaded some of their own catalogues into the Discovery catalogue of The National Archives, so it would be sensible to try there. NB this replaced the earlier A2A facility, if you used that.

I don't have a specific answer but thought the following information might help. There are a couple of libraries which may have records you are looking for.

From the Nottinghamshire gov website's page on the History of Rufford Abbey, "We have a range of photographs and documents on display. These were recently donated to Ollerton Library." The page also mentions Edwinstowe library.

I also found a link to search those library's catalogs, specifically the archives Nottinghamshire archives

There is a mention on the search site that not all archives are listed in that database, so they give information about archive inquiries

You might also want to try the University of Nottingham's archives - a search turns up some Rufford Abbey related holdings http://mss-cat.nottingham.ac.uk/DServe/dserve.exe?dsqApp=Archive&dsqDb=Catalog&dsqCmd=Search.tcl

A recent cataloguing project by the Friends of Nottinghamshire Archives (FONA) has been done on previously unrecorded Savile Estate Papers. (June 2022) It may be useful to ask the Archive when these records will be available. Meanwhile there is an event describing this project at Nottinghamshire Archives from 9th to 16th July which is being run with FONA and the Thoroton Society

Not the answer you're looking for? Browse other questions tagged 19th-century england locating-records employment-records nottinghamshire or ask your own question.

14
Locating New England telegraph man (Lemuel Keyser Preston) ca1850?
9
What WPA projects took place in my (or my relatives') hometown?
3
Locating Manorial Records of 1843-9 Copyhold by William Hitchcox in Wheaton Aston, Staffordshire, England?
1
Finding records of Transport-office that John Smyth worked for in London prior to 1806?
7
What records of smallpox vaccination exist?
5
Accessing returns from the Marriage Duty Act (1695)?
7
Are there records for Whitecross Debtors Prison Turnkeys in 19th Century London?
4
Were minors always described as such in 18th century wills?