I have just had my DNA results returned and my Y-DNA has come back as this. 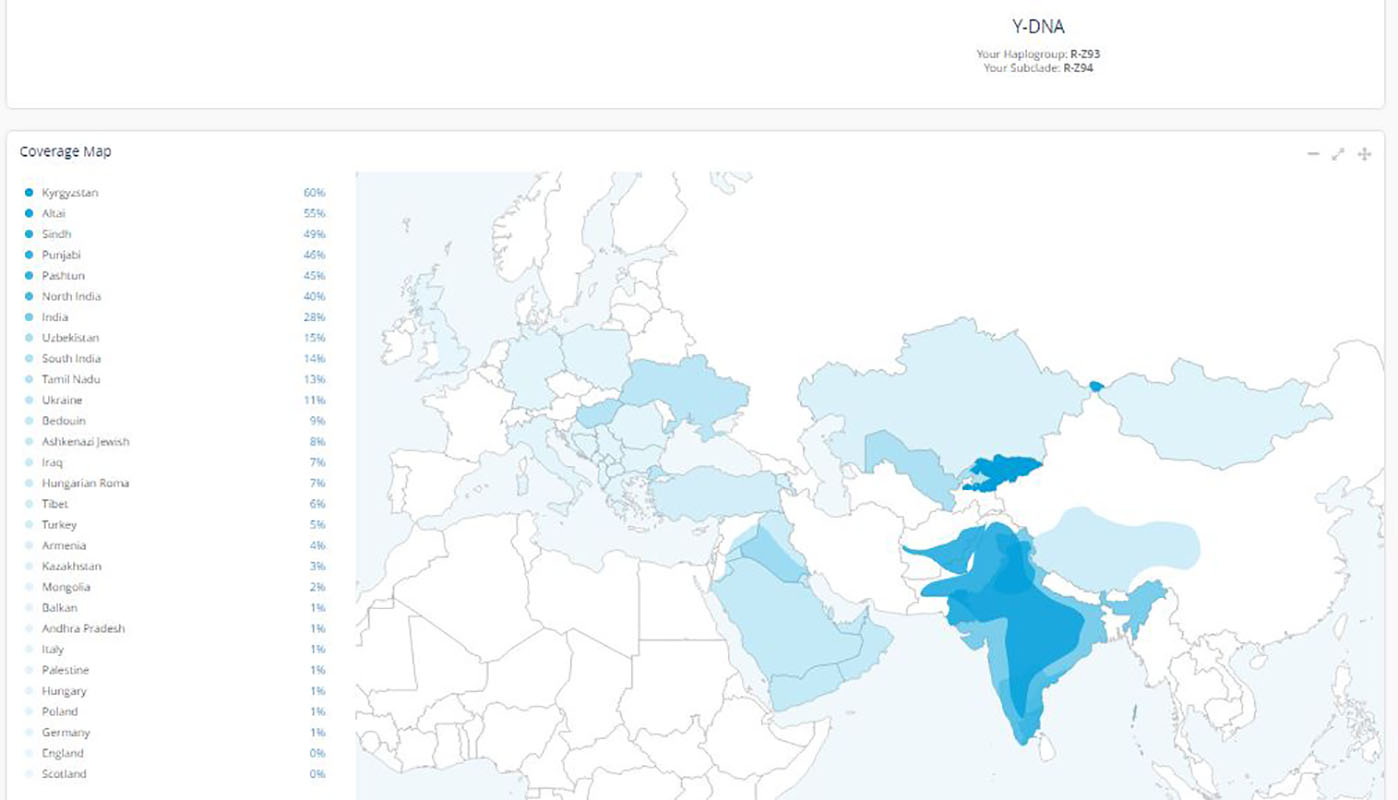 I am from East Anglia and my family has been documented in this region for the last thousand years, I am rather confused as to how I have got this result. Are there many others in England with this? Is it possible to have been carried here with the Vikings when East Anglia was under Danelaw? Are there any pockets of this within Scandinavia?

Update: Thank you for your reply sadly I have only just seen it. the only information I have is this chart as you say it does seem rather bizarre

The service you used, Living DNA, seems to try on its web site to avoid telling much about what kind of testing it is doing, especially avoiding standard terms. Digging though its help system, it seems that is using SNP testing of autosomes and of sex chromosomes and mitochondria via an Illumina Orion testing chip. The results include paternal and maternal haplogroups, which it calls "fatherline" and "motherline", and autosomal-based ethnicity, which it calls a "family ancestry test".

The map you provided I presume you got from their site and apparently shows frequency of either the R-Z93 paternal haplogroup or its R-Z94 subgroup. Please note that it implies that your paternal haplogroup (or "fatherline") is known to occur in England and Scotland, but not in Wales or Ireland. This is shown by the (light) shading of the first two but not the second two, and by the listing in the key of the first two only. The key shows 0% for England and Scotland, but this can be taken to mean that it occurs in less than 1% (or perhaps 0.5%) of the males in England, but has been detected at some low percentage.

That you have the small piece of DNA called R-Z94 should not be thought particularly strange, just not typical. (Some haplogroups occur at higher frequencies in England, and some at lower frequencies.) How you happen to have this "fatherline" can't be determined. You have perhaps 1600 nth-great grandfathers who carried it to you over the last 4000 or so years since R-Z94 split off from R-Z93. Those men lived in various unknown places and some migrated between different areas, eventually landing in East Anglia.

My Y-haplogroup is R1a-Z93. The map comes from living DNA. It states 0% for England and Scotland. Given that living DNA is a British company, they are always going to include England in their maps as a reference point. R1a-Z93 is a haplogroup that is common amongst South Asians, Central Asians, and Ashkenazi Jews (who are descended from Khazars).

A friend of mine has the mtDNA of N1b1a which also comes up as 0% for the United Kingdom, yet it is shown on the map (purely as a reference point).

Is your mutation YP1451 positive? Apparently it is the only -Z93 beyond Asia.. I happen to be on positive on that Mutation. which goes beyond my logic as our heritage if within another Mutation but still my raw data it being tested for Big-Y from FamilytreeDNA. I leaning towards it being a sham too.

AhmedAhmed
1
Add a comment  |
Highly active question. Earn 10 reputation (not counting the association bonus) in order to answer this question. The reputation requirement helps protect this question from spam and non-answer activity.

Not the answer you're looking for? Browse other questions tagged england dna y-dna haplogroup norfolk or ask your own question.

11
Generational Loss of Data with DNA Testing
2
Forensic Y-STR DNA test provider that can provide results at greater than a Y-37?
3
What would the starting shared cM number be for abnormally close relationships in Autosomal DNA test?
7
Template or Tool for Comparing Y-DNA Results
2
ISOGG Y-DNA Haplogroup Tree download
10
How to narrow down the best DNA donors in a large family?
6
Reconstructing autosomal genomes of Mayflower passengers
1
Intrepretation of DNA detectable relationships
2
Mapping DNA relationships on paper