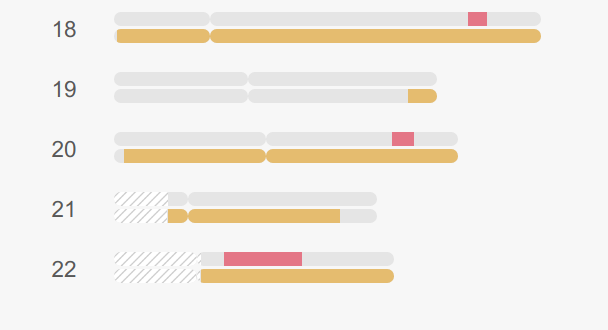 This question is a bit confusing. When you say "Neither my mother nor grandmother match with X", I'm assuming you mean your paternal grandmother.

You said "looking at the matching segment's location on the chromosome map, I see that it falls in an area where I also have a match with my paternal grandmother". You also said that your match with X is only 27 cM. The matches between you and X, and you and your grandmother, do not have to be exclusionary. In other words, your conclusion "means that I cannot at the same time also have segments from my paternal grandfather in that same location" is incorrect.

Possiblity 1) Your paternal grandparents are (perhaps distantly) related to each other, and share DNA in that position. You said that your grandmother does not match, but what we cannot see is whether there is zero match at all, or just a smaller match, between her and X at that position. A bad read anywhere within that segment in her test could have artificially prevented the segment from matching.

Possiblity 2) You're a bit unclear as to the "area" of the match. "it falls in an area where I also have a match" - is this talking about a) that entire chromosome, b) some part of it, or c) just the specific matching segment?

As for a false match, a 27 cM match is outside of any real possibility. In theory, sure, there might be some infinitesimal chance that you get exactly the wrong reads in enough places that a false positive of that size is created. That is so massively unlikely, however, as to be essentially impossible. A false positive would be expected to max out around 6 or 7 cM; a match of 27 cM is essentially certain to be a real match.

Let me just follow up on that last a little; just because it is a real match, it does not mean that it will be easy to identify the relationship between you and X. I have several people with matches in the 25 to 38 cM range that I've been working with for multiple years, where we each think we know roughly where the match between us should be in our respective trees, yet we've not yet found the connection. If this is the only sizeable matching segment between you and X, the connection could easily be 5C3R, 6C1R, 6C2R, 7C, 7C1R, 8C, and would require you both to have quite deep trees in exactly the right places to identify the common ancestor.

BrianFreudBrianFreud
90544 silver badges1212 bronze badges
12
|  Show 7 more comments
-3
Want to improve this post? Provide detailed answers to this question, including citations and an explanation of why your answer is correct. Answers without enough detail may be edited or deleted.

I'm unfamiliar with ftdna but consider that we are diplod organisms meaning you have two sets of each autosomal chromosome.

Not the answer you're looking for? Browse other questions tagged dna autosomal-dna familytreedna.com or ask your own question.

7
Partial matches on Triangulated DNA segments
6
What is FTDNA's Chromosome Browser showing for the X chromosome?
4
What explains sharing a 28.6 cM DNA segment with a sixth cousin?
8
Interpreting DNA matches from endogamous communities?
4
FTDNA match list includes people who don't appear as matches
0
Understanding high match on autosomal and X dna?
3
Brother/sister have fully identical segment -- match only matches one of them on that segment
5
Clustering of DNA regions at the grand-parents level